William Z. Fay, also known as Tiny, serves as the Founder/President of the Board for Keys4aCure, CEO/President at Tiny's Demolition and Recycling. Bill began his career in construction after relocating his family to Nashville in 1997 as a one man operation assisting in cleaning up construction sites. Over the next 18 years Mr. Fay grew the business to become one of Nashville's premier demolition specialists in the area. He also launched the sister company I Buy Copper Wire to process copper wire scraps and recycle demolition waste. With the combined scope of both operations, Bill offers a perspective on demolition projects that no other contractor can rival.

Bill and his wife, Tiffany have a genuine passion for Keys4aCure as they have a son who was diagnosed with Type 1 diabetes at the age of 3. Bill wants to give back by bringing his expertise of the recycling industry to the table. Ultimately, he hopes to see a cure for early onset Diabetes in his lifetime.

Bill served in the Special Operations unit of the United States Air Force. He lives in Nashville with his wife Tiffany and two teenage children.

Tiffany L. Fay, serves as the Co-Founder/Treasurer of the Board for Keys4aCure. Tiffany, having raised a child with Type 1 Diabetes wants to give back to the community and share her experience with other families going through the same circumstances. Having had to deal with the ups and downs of the disease and its complications she is all too familiar with "What is NOT available to the families and children who suffer with this chronic disease". Her hope is to provide resources and financial assistance for families struggling to provide the medicine and supplies that they desperately need for their family members with Type 1 Diabetes.

Tiffany graduated with a Bachelor of Arts degree from Brenau University in Gainesville, Georgia and resides locally with her husband and two teenage children. 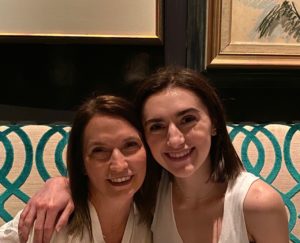 Peyton M. Fay serves as the Research and Development Manager of Keys4aCure. Peyton, having grown up with a brother with Type 1 Diabetes, has a passion for dealing directly with the recipients of the organization's programs. She reaches out within the community to find individuals who would benefit from Keys4aCure's programs and serves as a liaison between the community and the organization.

Peyton is a High School Senior and lives in Nashville.